Cape Crossing Resort & Marian welcomes domestic and international competitive rowing teams that are interested in training in the year-round warm waters of Florida’s Space Coast. This includes canoe sprint, crew, scull, dragon and other rowing teams. Cape Crossing Marina is currently being upgraded to the standards of the International Canoe Federation.

Cape Crossing Marina has accommodations to safely launch canoe sprint race teams and competitors who frequently train in the Indian River and Banana River. The resort can also house canoe sprint team members in townhomes and condominiums that can sleep up to 8 members in each unit. Call us for more information or to setup a tour of the marina and launch site. 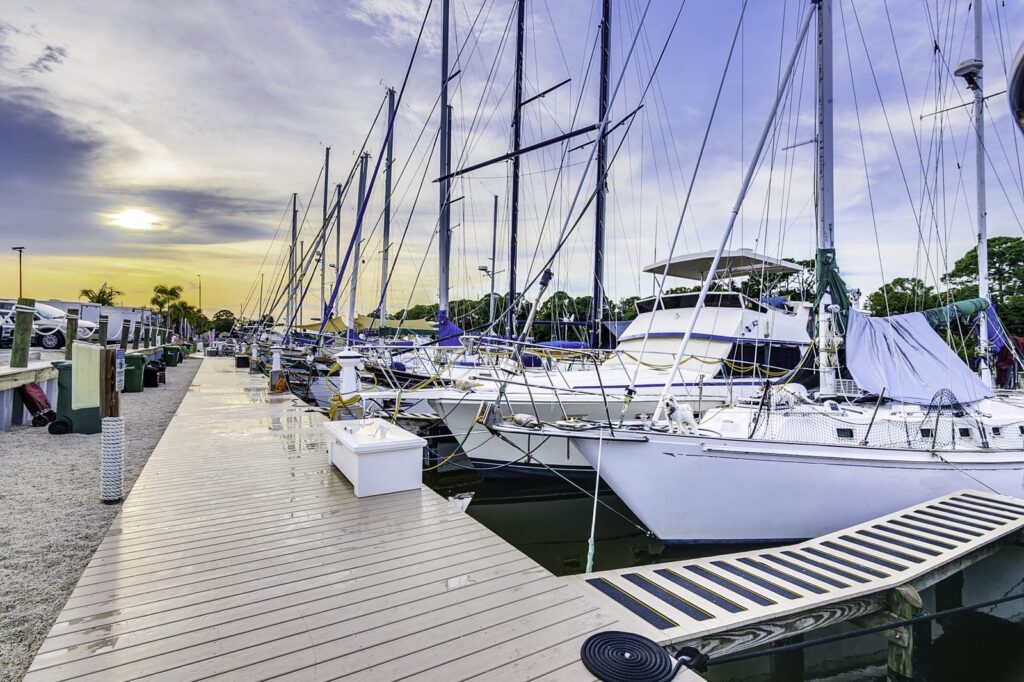 What is Canoe Sprint Racing?

The Olympic discipline of canoe sprint is contested on flatwater over four distances – 200m, 500m, 1000m & 5000m. Introduced to the Games in 1924 it became a full medal sport by the 1936 Berlin Games. In Canoe Sprint events, athletes race on a straight course with each boat in a separate lane. There are kayak events in single(K1), double(K2) and four(K4) boats, and canoe events in single(C1) and double(C2) boats. In a kayak, the paddler is seated and uses a two-blade paddle, while in a canoe, the paddler is kneeling on one knee, and uses a single-blade paddle.